The Earth as Artist

All cultures have their creation myths. Our current equivalent is the theory of evolution. According to this narrative everything started with a big bang, followed by accidental chemical reactions congealing into life. The rest is due to competition and to the survival of the fittest.

There is something impressively unifying about this theory, but also something depressively limiting. Can we really reduce Rembrandt’s self portraits, salmon returning to their breeding grounds, the Cathedral of Chartres, a poem by Keats, a mother looking into the eyes of her newborn, the dialogues of Plato, the homing of pigeons and the sermons of Buddha to vagaries of chemical change? How do we explain the gap between the survival of the fittest and Beethoven’s Ninth?

From one perspective the theory that reduces everything to accidental changes is an understandable conclusion to reach. What if we change the perspective and look at the same facts through a different lens? What if we examine evolution from the perspective of creativity? What if, as a thought experiment, we assume that creation is an artwork rather than a chemical chain reaction?

If we do, the first artworks to meet us are single-celled creatures of bewildering variety and form: the semifluid amoeba, the Proteus of early life; radiolaria encased in finely chiseled silica calques, looking like elaborate helmets, complicated crowns, utopian minarets and intricate flasks; dynamically curled foraminifera with their porous casing of chalk, floating like organic sculptures in the primal sea.

The artist earth explores every possible expression of form and experiments with extravagant shapes. Haeckel, who investigated these early manifestations of life, aptly called them ‘Art Forms in Nature’.

Variety is matched by abundance. Though these early productions are invisible to the naked eye, we owe mountain ranges to their unbridled productivity.

The single cell style is followed by more complex creations such as two layered sea anemones and sponges. Then multi-layered starfish and sea urchins emerge. Complexity increases with mollusks such as jellyfish and snails with their soft body and hard shells. Millipedes, centipedes, insects, spiders and crabs also belong to this oeuvre.

These early works lack an interior skeleton and thus they have no solid backbone that centralize the nervous system. Without this unifying agency their nervous system remains peripheral, spread out on the surface of the body.

The next productions of the evolutionary artist are fish. Fish achieve what invertebrates lack: an interior skeleton, a solid backbone that centralizes the nervous system and supports the brain. What remained external with invertebrates becomes internal with fish. This ‘taking into the body’ what was previously outside it is the working method of the artist earth, her style.

When amphibians follow, they internalize what for fish remains peripheral: breathing. Fish do not fully breathe. They take air from water passing  through their gills on the body surface. Frogs and toads internalize this peripheral breathing by developing lungs.

Able to breathe air, amphibians venture on land. Yet their landfall is not complete. Their moist skin remains dependent on water. They must stay close to the pond.

This changes with the next production of the artist earth. Reptiles seal their skin and thus overcome the amphibian dependence on water. The body of a frog relies on the body of water around it. A lizard carries his pond inside his skin. His circulatory system is independent. Again an exterior function becomes an interior one.

Now the artist is ready for flights of fancy. Birds take to the air. This time it is warmth that becomes integrated. Reptilian warmth still relies on external warmth. In winter snakes become cold and listless. Birds lift themselves from this clammy condition. They carry their own summer inside their feathered coat. Think of the Arctic tern keeping an even temperature while flying from pole to pole; or of penguins surviving in the ice-swept deserts of Antarctica.

When mammals appear another step of integration follows. This time it is the reproductive system. Birds have no uterus and therefore cannot complete the maturation of their offspring inside their body. They help themselves by constructing an external substitute: the nest. Mammals take childbirth into themselves. They develop a uterus and ‘nest’ the egg cell inside it. The outer has again become the inner.

With regard to reproduction, mammals have freed themselves from their surroundings. Not so in other respects to their behavior.  Their responses are fixed and closely tied to their environment. This is clearly expressed in their limbs which are highly specialized. A horse can run, a bat fly, a dolphin dive, and a squirrel perform gracefully in trees. Their hooves, wings, fins and claws fit tightly into the world they inhabit.

Human behavior is not determined by the environment. This too is reflected in the limbs. The hand cannot dig like an echidna, tear like a lion, or beat the air like a bat. It cannot compete with fins or wings. In fact it cannot do anything particularly well, but everything a little. The function of the hand remains universal rather than specialized. The same applies to human behavior. It is not  predetermined, but remains open.

The animal is compelled by the outside. The dog must eat the bone when hungry and an elephant bull mate when in musth. Human beings can modify their behavior, even change it.  They have a measure of freedom and with this measure of freedom the possibility to create.

At this point the earth produces for the first time an artwork that is itself productive: the human being. This step relocates the field of creative action. Nature only reproduces from this point in time, but does not create anything new. From now on no new species are brought forth. New works emerge exclusively through the medium of the human mind.

How the creativity of nature gradually turns into the creativity of the human being can be studied in the stages of ice age art and beyond. At first the whole of humanity shares one style of artistic expression. This early style remains the same for seven millennia and extends over vast areas of the inhabited earth. Gradually the pace accelerates. Styles start to last five, three and eventually two thousand years. As the pace quickens, styles become more diversified and restricted to particular areas.

Eventually local cultures such as Sumeria, Egypt and China arise. Artistic expression becomes particular to a people. Styles are markedly distinct. We can easily distinguish Chinese from Egyptian artifacts made at the same time. The life span of styles lessens. Now they last centuries rather than millennia.

In Greek times this process accelerates further. The style of Greek sculpture changes about very thirty years. In the Renaissance the speed of development intensifies even more. An exemplary artist like Michelangelo contributes much to the style of his time. But he does not stop there. In his ‘Slaves’ he begins to outgrow his age. His ‘Laurentian Library’ already announces Mannerism, the next style to come. His monumental execution of ‘The Last Judgment’ is baroque long before baroque. In his final works he completely transcended his age. His ‘Pieta Rondanini’ could be easily placed among twentieth-century artworks.

A Greek sculptor like Phidias created one style and stuck to it. Michelangelo produced many. What began in the Renaissance has evolved since. It would be easy to fill a gallery with ten artworks of Picasso and convince a layman that they are by different painters. There is little similarity between the poetic melancholy of his blue period, the staccato of the cubistic phase and the furious intensity of his later works.

Creativity however is not restricted to artists. They only exemplify the trend. Today everyone is creative. Throughout our lives we learn, change, and reinvent ourselves. Our biographies are inevitable artworks. Whatever we do (or don’t do) leaves its trace on the canvas of the world. We are global artists by default.

I think we can safely predict the next step. At this point in time we utilize creativity without fully experiencing it. If we do, it is a brief event. We speak of the proverbial lightning flash, that short bright moment when we see in an instant what may take a long time to formulate.

To integrate this capacity, to experience it in its reality rather than in its effects, is the next evolutionary step. It is what T. S. Eliot must have meant when he wrote:

‘We shall not cease from exploration
And the end of all our exploring
Will be to arrive where we started
And know the place for the first time.‘

To ‘know the place for the first time’ means to fully experience the source from which nature as well as we derive. In nature this source has ceased to create. In us it is still alive as the unobserved, active dimension of our thinking, the extraordinary part of our ordinary consciousness.

To collaborate with this dimension is crucial for all who want to contribute constructively to the future. It will change the way we see the world and deal with it. Above all it will provide us with a different story about evolution than the one we currently have, a story that can encompass both the workings of nature and Beethoven’s Ninth. 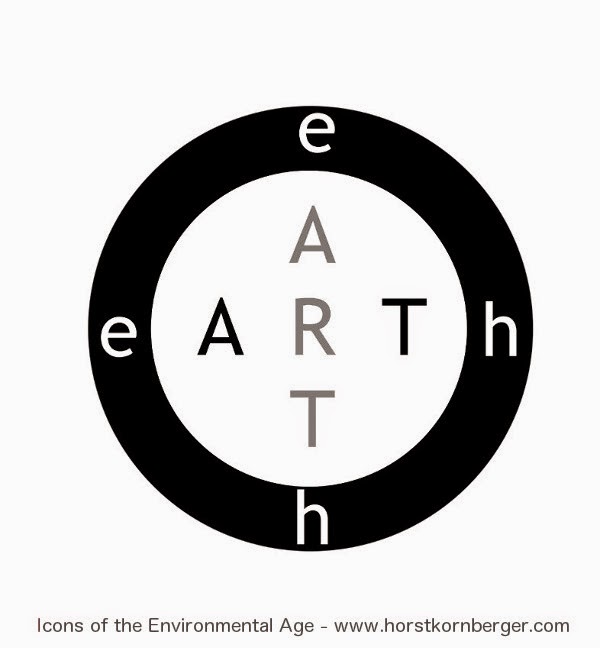 For my views on evolution I am deeply indebted to the work of the German biologists Wolfgang Schad and Friedrich Kipp (see below).